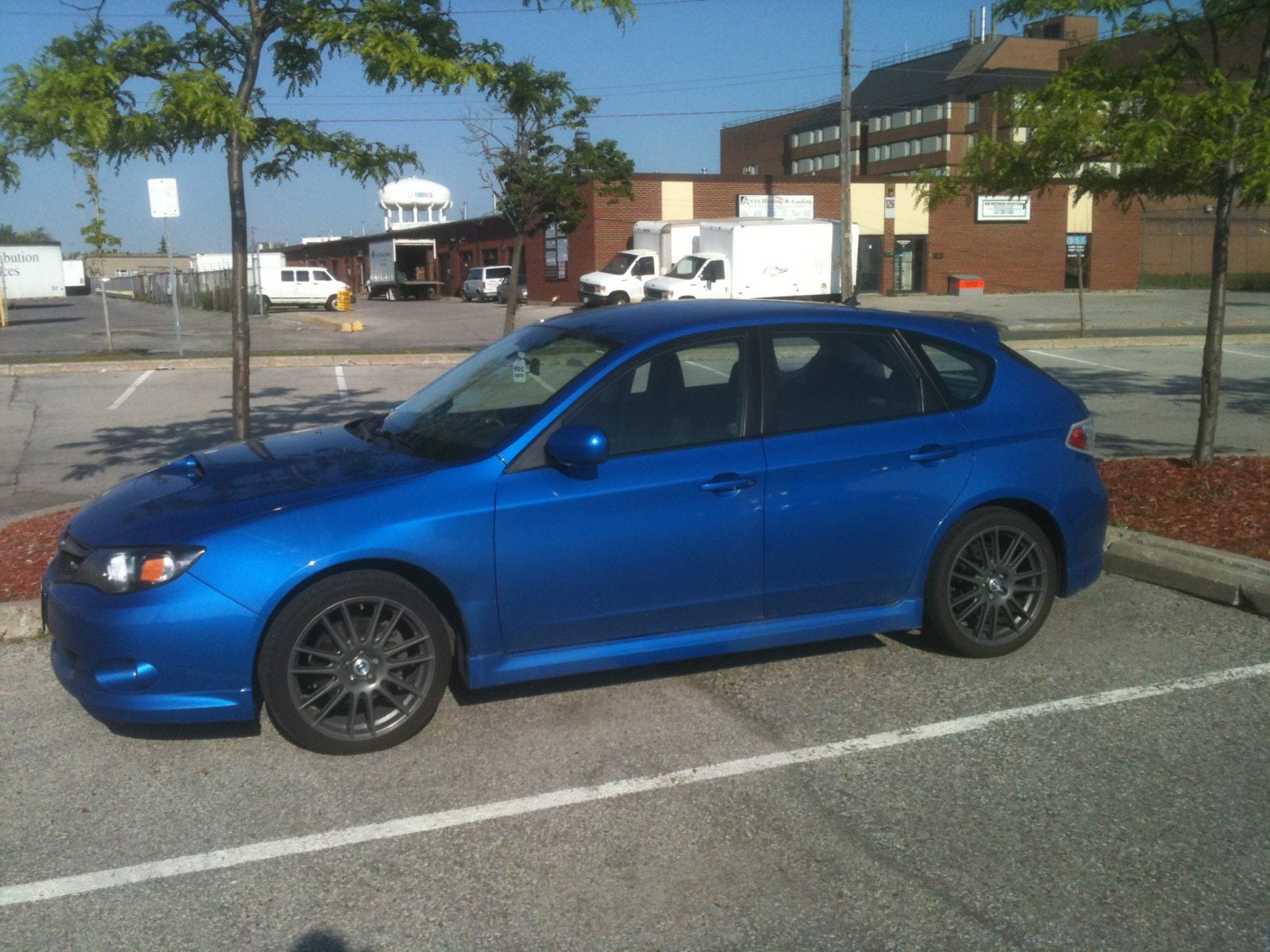 Hey everyone, it’s been a long time coming but I finally am going to start a journal of my 2009 WRX. My name is Laine and I have been a member of TSC since August 2009. I bought my 2009 WRX in June 2009 just before the WRX 265 came out. While slightly disappointed at the time I wasn’t completely bummed that I missed on the upgraded turbo/suspension on the 265, I finally had the car I wanted ever since I saw the Impreza 2.5 RS in 1998.

During the purchase my sales person talked to me about the Subaru community in Toronto and gave me a list of places I could pick-up parts if I ever wanted to get into modding once the “warranty” expired. When I got home I joined TSC and that is where my adventure began. I had no idea the community base behind Subaru’s and quickly became enticed by the endless possibilities. In the spring of 2010 I took the plunge and purchased the first “mod” for the car which was a set of Prodrive 18” GT1’s which I purchased from Chris at Touge Tuning. When I picked them up Chris and I had a long conversation about what was possible with the car and what my interests were and what I wanted the car to be. I have to say that right from the start I was not looking for power, though I wanted to improve the power level of the car, handling and braking was much more interesting to me than just going fast. I don’t think at this time Chris realized that I would be his customer 6 years on from then taking the car to how it sits today. 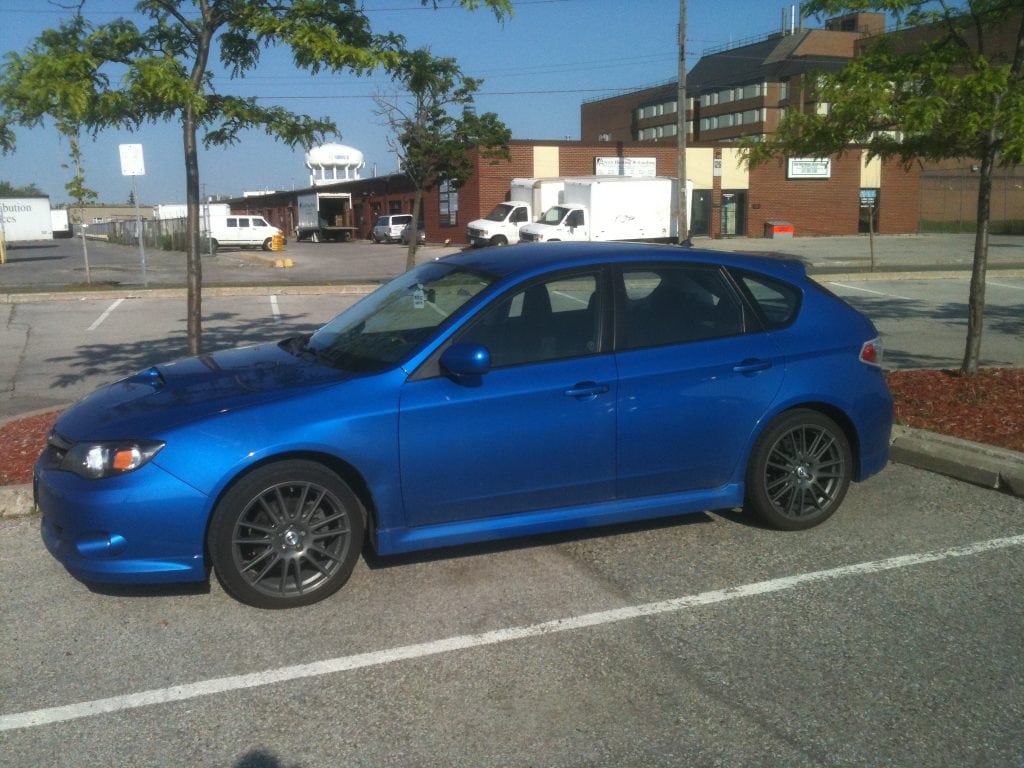 After the discussion with Chris I quickly began making a list of stuff I wanted and began to amass the parts in preparation for my warranty to expire… a Cobb Accessport V2, invidia Q300 exhaust, swift springs, whiteline sways & endlinks, VF52 Turbo, Process West TMIC, EBC, 265Fuel pump, etc. The list went on and on. The VF52 and PW TMIC were purchased as people had started to do the VF52 swap on 08/09 with great results and I thought it would be a nice “OEM” upgrade. May of 2012 rolled around and the warranty had expired and the car was paid off. It was now time to get the parts installed and a tune.

I initially had planned on getting a pro-tune post install but found Torque Performance on NASIOC and purchased the Stage 3.52 map and made sure I had all the recommended parts. Yes it was an e-tune but I thought “where is the adventure if I don’t take some risks” and besides the TP 3.52 map was getting some good results from others doing the VF52 swap. I had Jason at Apex install the parts and brought my AP v2 to install the TP3.52 map. At the end of day two Jason let me do the honors and I flashed the map… I have to admit I was a little stressed turning the key for a first start but when I did the car started with no hesitation and relearned idle with no issues and I relaxed. After a once over to confirm all was well, no fluid or vapor leaks and a test drive, Jason handed me the keys and I drove home in granny mode while logging. 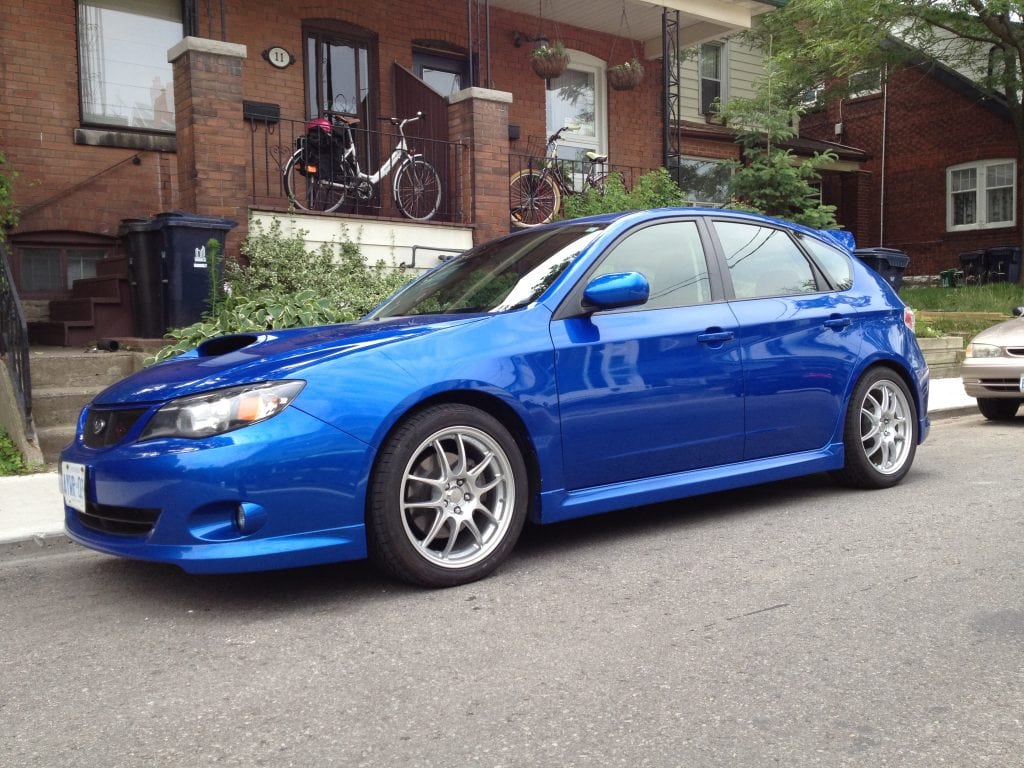 Just a little about the TP Stage 3.52 e-tune. To be honest it was a good tune, yes there was waste gate flutter under boost and the OEM injectors were running at 95%IDC and there was minor boost creep (19 – 20psi) but the car drove very well, spool was stock and boost hit hard with lots of torque early. Support from Torque Performance was excellent as well; Eric gave me new maps to try for taming the boost creep. I had no official numbers for whp/wtq but it was great for the part of the summer I ran it. Over the course of the summer I discovered that aftermarket parts rarely have a perfect fit, the hoses on the Process West TMIC were blowing off on both the turbo & the throttle body side. I had to hunt down t-clamps to solve the problem. I had the car pro tuned at Innovative Tuning as I went to 750cc injectors not long after the initial base install. I did get numbers this time and it was sitting at 310whp/320wtq at 19psi on 94 pump gas which was not bad for an OEM VF52 swap with supporting mods. I was happy for the rest of the 2011summer.
This began the adventure with my WRX and as you’ll see it’s gone through many stages and upgrades over the years. 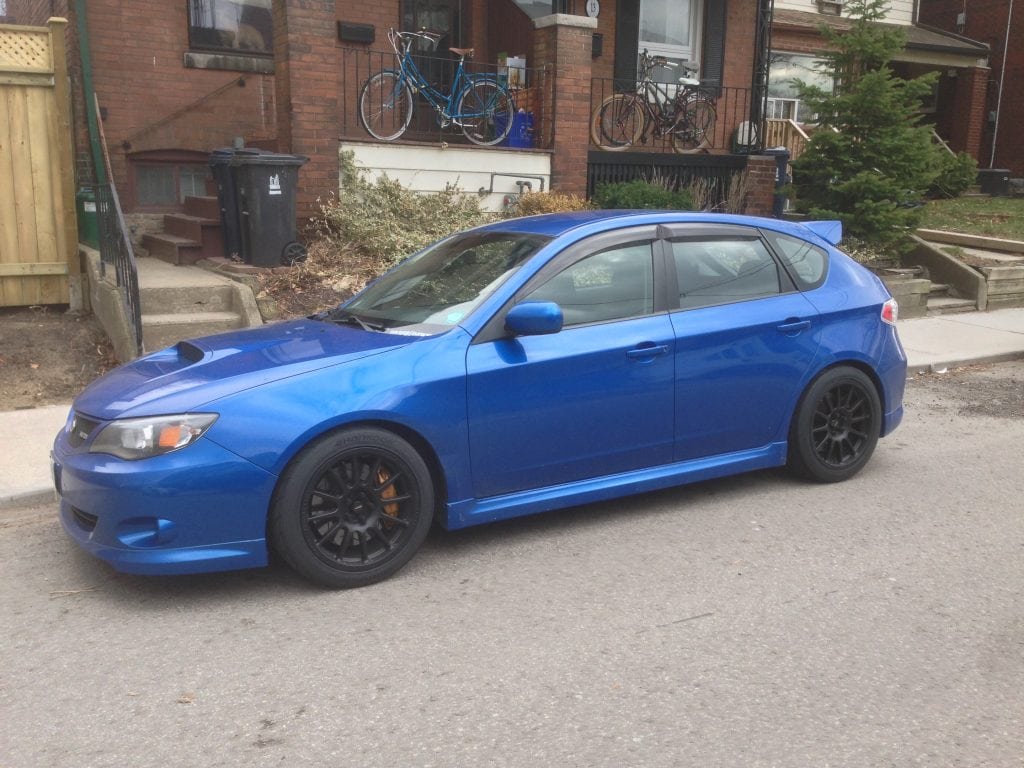