After a successful day at the Hanson school the second round of CSCS Time Attack quickly approached.  With the car working so well I made the decision not to change anything mechanically but with the tire contingency prize provided by Steelcase Tires I thought it would be a good chance to try out the new RE-71R from Bridgestone that everyone was raving about.  My previous best time at TMP was a 1:22.5 at the final round of CSCS in 2015 running very used Hankook RS-3’s.  All of the information I’ve heard and read has the RE-71R being over a second faster then the RS-3.

With the weather for the previous round being horrible everyone was crossing their fingers that Round 2 would be better.  The rounds at TMP also tend to have the biggest turn out as there’s also drag racing alongside the Time Attack, Drifting and Show and Shine.  For this round we had 5 cars including mine competing which meant it would be a busy day in the pits and on track.  With the fresh tires on the car I went out for my practice and qualifying sessions throughout the day.  The first things I noticed was how much grip the tires seemed to have.  The RS-3’s are a very talkative tire with lots of squealing at and beyond the limit.  The RE-71R’s just didn’t seem to have this but the grip through the corners felt very good.  Within the first 2 sessions I had bested my personal best time with a 1:21.304 which blew me away.  I wasn’t sure if this was simply due to having brand new tires or it was the difference between the RE-71R and the RS-3.  So it would seem that the RE-71R are the best 200 treadwear tire on the market right now but this doesn’t come without downsides…..more on this later. 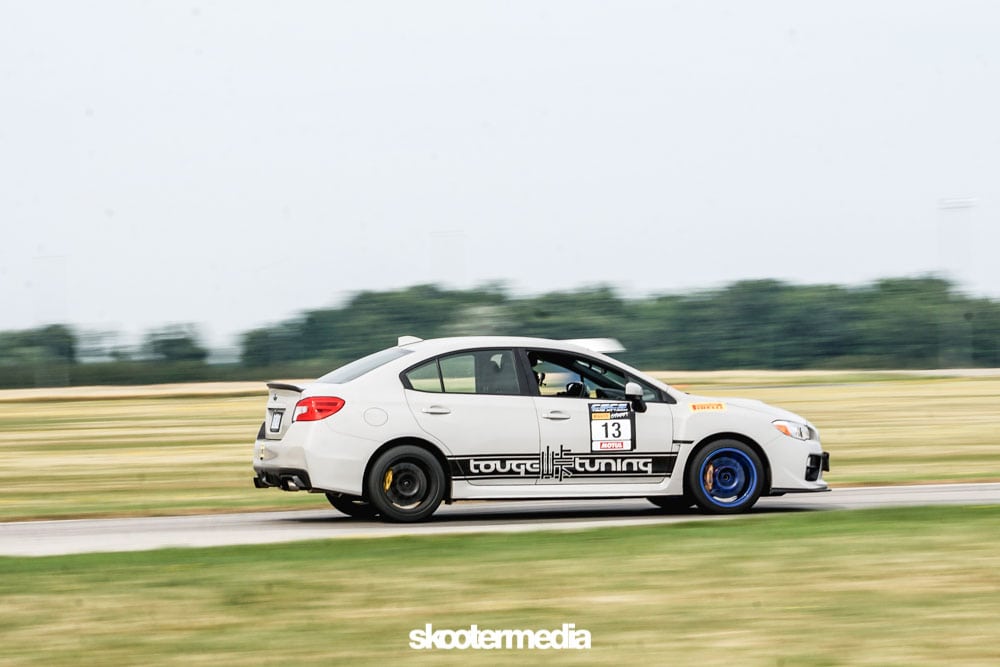 Throughout the day I was consistently in the 21’s which I had never done before.  Even with the new tires though the car was suffering from lifting the inside front wheel on corner exit.  This issue is exagerated due to the open diffs on the WRX in the front and rear which means as soon as one wheel loses traction it sends the power to that wheel causing massive understeer.   This situation forces me to wait until the car is close to straight to get on full power and drive out of the slower tight corners.  It requires a bit of patience but I was still extremely happy to be in to the 21’s consistently and the car felt great.  I ended up qualifying 2nd overall with Ryan in his JDM STi qualifying first in the low 1:20’s.  Being a track where power makes a big difference, I wasn’t optimistic about improving my position but anything is possible in Time Attack. 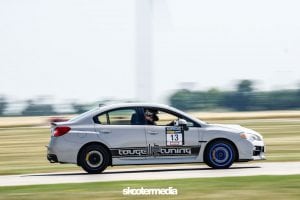 Time Attack went well with my first lap being the fastest as indicated by the SoloDL in the car.  My laps went 1:21.506, 1:21.724 and 1:24.654, the last hot lap I overcooked it into turn 3 and decided to ease up.  Coming into the pits after cool down I wasn’t sure where I’d finished but felt like I did well enough to be on the “podium”.  They indicated to me that I had second place which was a relief to me and it meant that I was now tied for first overall with Ryan.  With some new data gathered we could now go back to the drawing board and figure out what the next best step would be for the car to go even faster.

When swapping back to the street wheels we noticed some pretty crazy wear on the middle tread of the RE-71R’s.  Both fronts had worn this down at an angle to the wear bar.  So as I touched on earlier the outright grip of the tires is a trade off with wear, which from the looks of the tires after 1 day at the track may require multiple sets a year if doing more then 3 or 4 days.  Time will tell. 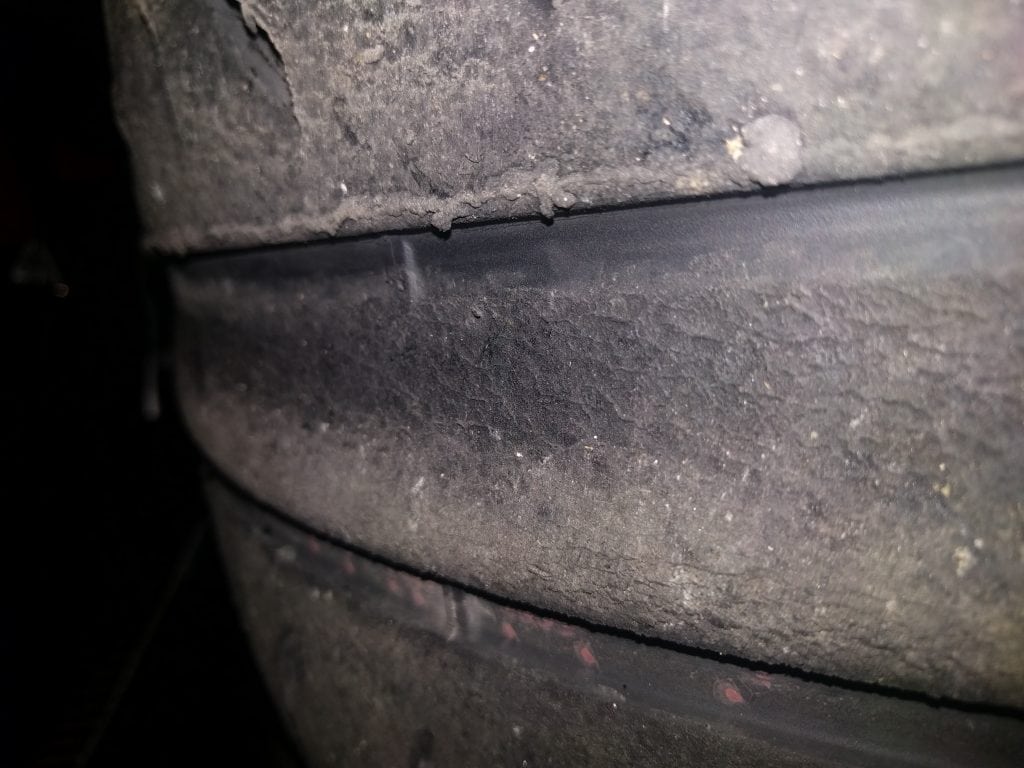 Thanks, as always, goes out to our team at Touge Tuning who comes to every event and helps keep the cars running well and always provides me good feedback when I come in from driving.  Also thanks to the great friends who have supported the shop and come to the events just to have a good time and cheer all of the competitors on.   Onto the next round at iCar Mirabel in Quebec!