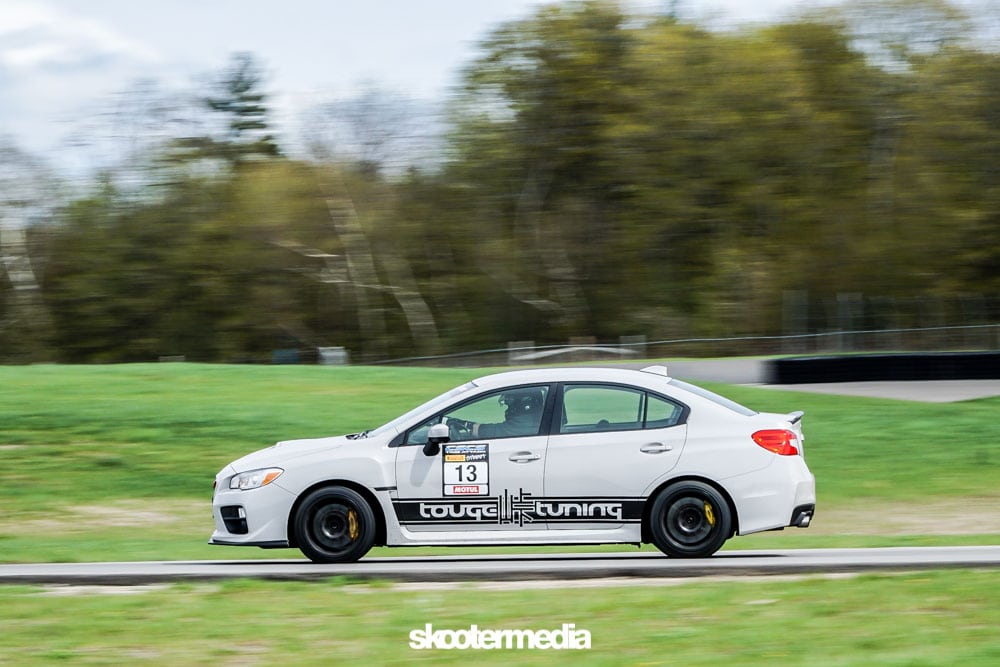 As usual in the summer it’s difficult to find time to keep up with these journal updates but hopefully I can get quicker at them.  As usual Round 1 for CSCS is hosted at Mosport Driver Develop Track in Bowmanville, Ontario.  This track was redesigned a few years ago and has become one of my personal favorite tracks to drive on.  It is one of the most technical tracks in Ontario and really rewards confident drivers.  This years event was run on May 15th and it was pretty much the craziest weather i’ve ever seen at a time attack event.  Temperatures ranged from 0 to 7 degrees celcius with a mixture of Snow, Rain and Hail.  Winds were strong enough that many, including our group, had to take down the canopies so they didn’t fly away. 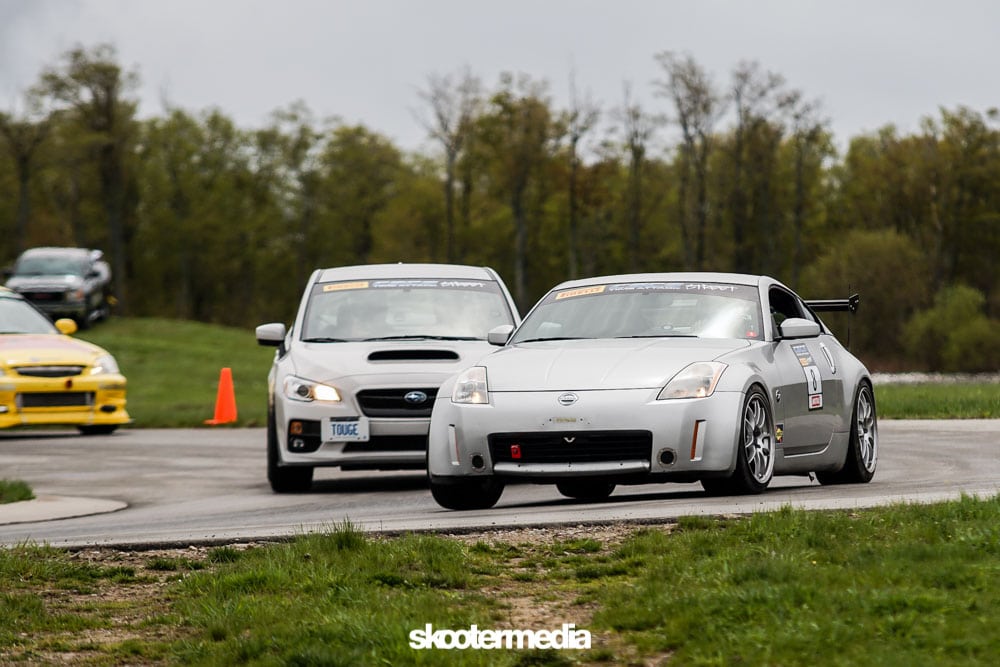 The temperatures and weather made it very tricky to get tire pressures dialed in and do any sort of comparison between one session to the next.  As usual I spend the practice and qualifying sessions getting the tire pressures set while also taking out friends and customers out to experience what it’s like being on track.  Last year at the same track and layout I snuck out a 3rd place with a 1:41.900 which was done on the stock Dunlop SportMaxx Tires and I believe on Stage 1+ power.  The positive side of the cold weather was that the car was making as much power as it could with the cold air it had all around.  The tricky part was knowing when the tires were getting hot and then keeping them from cooling down.  Prior to the event the only additional upgrade I had done was to replace the factory 20mm rear swaybar with a Whitleine 22mm adjustable bar set in the middle.  The goal was to reduce understeer a little bit and help with rotation of the car without making it too stiff.  The upgrade really did work well without making the back end too tail happy and is a good balance.  We still have a 24mm that I may test but right now the balance of the car feels pretty good. 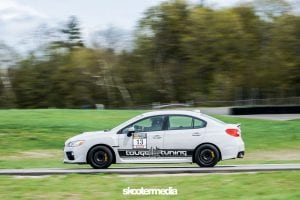 I purchased a new set of Hankook RS-3 tires for the season as these are what I ran last year for 9-10 races and lapping days and liked the consistent nature of them.  To my surprise almost everyone else had switched to the highly touted RE-71R from Bridgestone which was a bit concerning to me since everyone I had talked to said the RE-71R’s were 1 second faster then other tires in it’s class.  By the second or third session I had somehow managed to best my personal best time with a 1:41.320 which I was really proud of.  With that I really was not sure how much more time was available as the track would be grippy and then get damp and lose all of the grip available.  By the next session I was able to get 2 clean laps in a row and put down a 1:41.278 and 1:41.017.  At this point I thought that would be it for the little WRX and 2 of the other competitors with much more powerful cars were already a second or 2 ahead of me in the high 1:3X’s. On the last qualifying session of the event I found a bit more time putting in a 1:40.581.  This landed me in the second qualifying position with the #1 qualifier sitting around a 1:38 which left me little hope of winning the event but at least a podium was in sight for me.  Funny enough Brandon Lue was the 3rd place qualifier and he also happens to have been my instructor for the past Hanson schools I have done.  I’ll admit it felt good for “the student to become the teacher” but I knew Brandon and his car were capable of besting me and my car so my confidence wasn’t high on beating him.  I believe in total there was something like 15 entries in the Street AWD class which made it highly competitive. 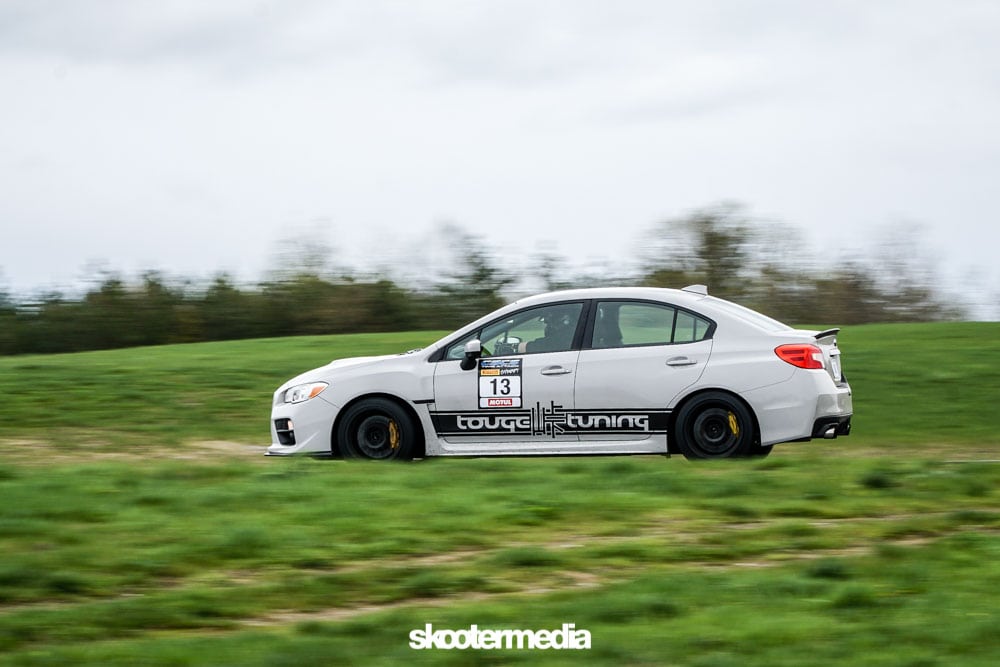 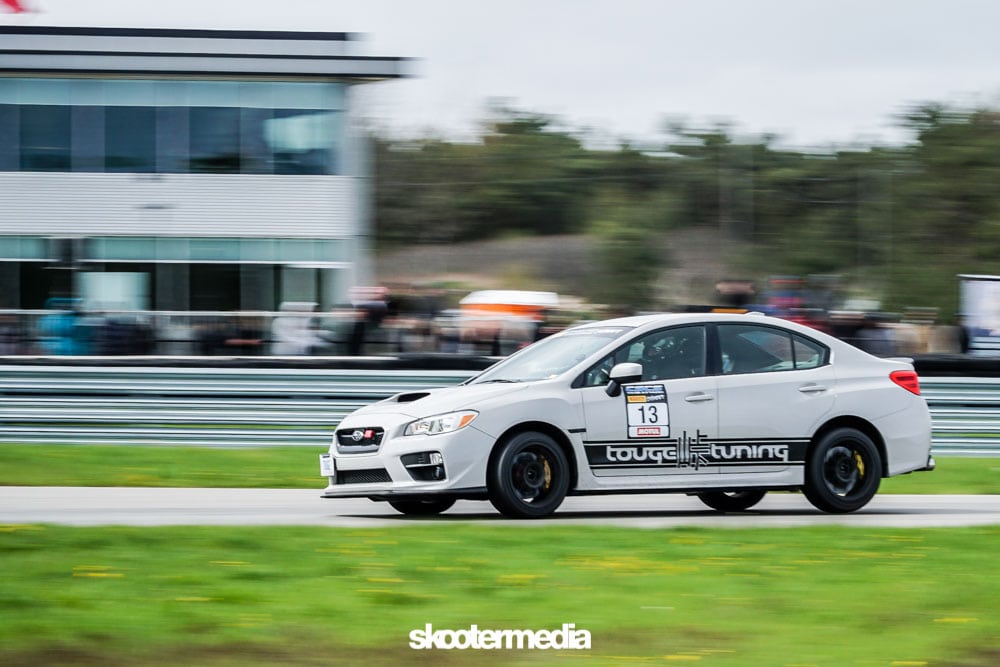 For the time attack session the weather was getting colder and I had talked to a few other competitors and they were all bumping up their starting pressures.  Based on my feedback from the car I felt the pressures were still a bit high (36PSI) so I dropped them down a further 2PSI.  After the event I learned this put me at a cold pressure of 21PSI!!!  I followed the same routine I always do with the time attack session by setting a decent gap in front of me but still making it so I could use the car in front as reference for if I was going faster or not.  Typically I will have the Aim SOLO running while driving but the battery died on the out lap so I had no reference for if I was driving well or not.  After the 3 hot laps were done I had the longest cool down lap ever wondering if I was able to secure a 3rd place.  Pulling into the pit lane the track workers come and take back the transponder for lap timing and give you your ID and credit card back.  Then another person will tell you if you placed and where to go.  They are always very straight faced so it always feels like you must have done really poorly.  As they walked up to my window I heard him say “You got 1st place, congrats.  Pull to the end of pit lane to get your trophy”.  I actually had to ask him if he was joking as I couldn’t believe it.  Then I saw the rest of our group walking towards me skipping along pit lane.  This was definitely one of the best moments so far in running CSCS.  I found out after that I had somehow managed to shave off almost 2 full seconds from my qualifying time and gotten down to a 1:38.633 which ended up being almost 1 second ahead of 2nd place.  This also gave me the new track record for my class by 1.5 seconds which is another accomplishment in itself. 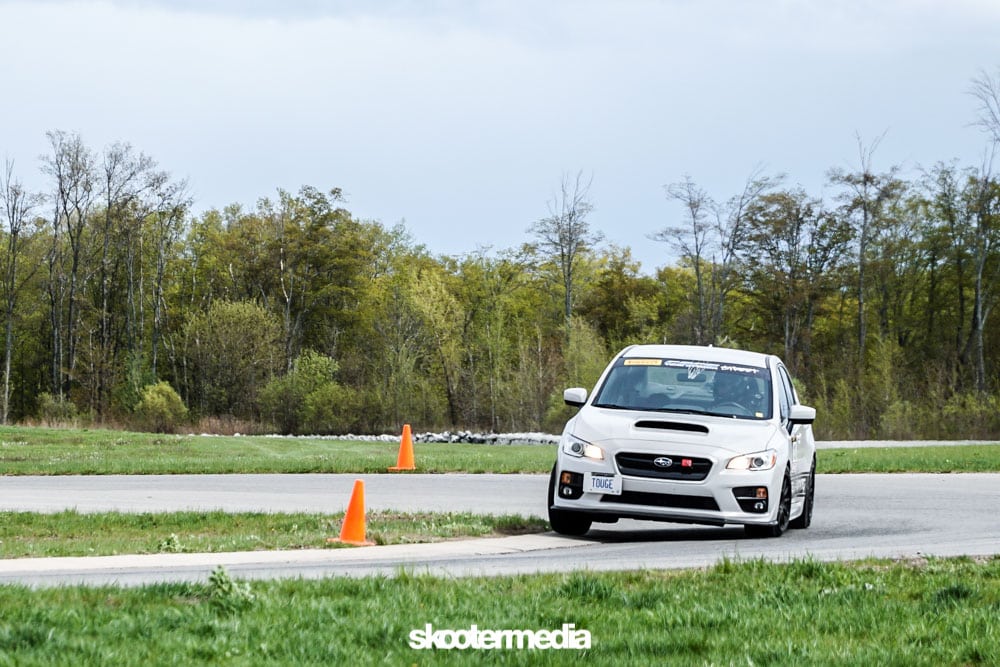 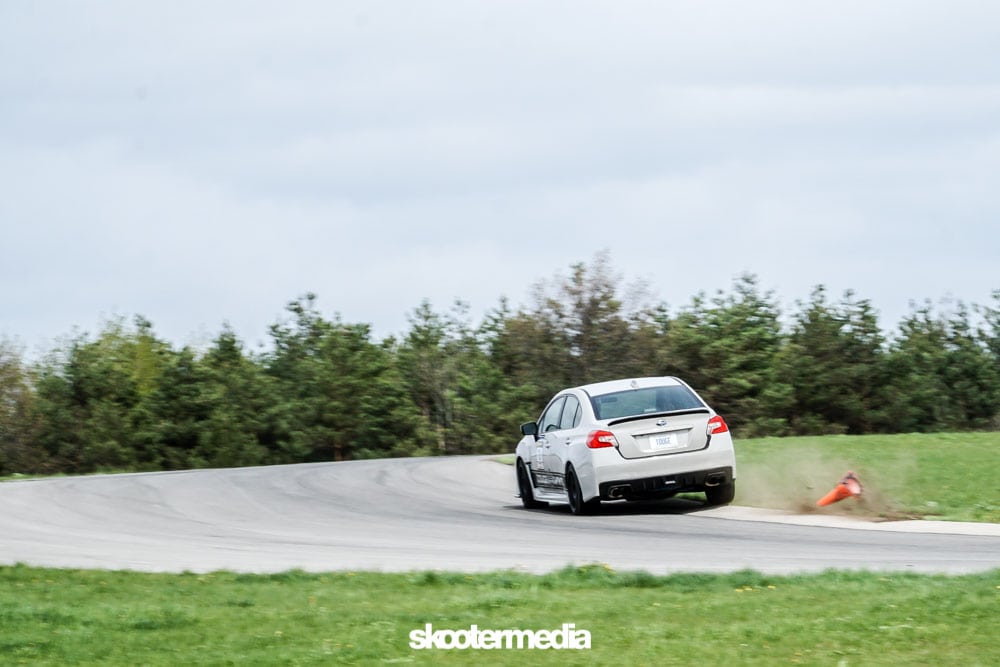 The new RSB from Whiteline was working awesome and the rear BBK from StopTech really helped balance the car out and made for a much more stable approach in heavy braking zones.  I couldn’t have done this without the help of my Team and friends who come out to the events and either compete or just help get things set-up and turn a long day into a fun day with good company.  Looking forward to the rest of the season!