One of the most difficult areas when it comes to upgrading the performance of your vehicle is finding a suitable and properly designed tuning option.  This has been even more difficult in the BMW market as in most cases it required removing the DME (Engine computer) from the vehicle and doing a “bench unlock” which ran the risk of bricking the ECU.  This is unlike the Japanese and Domestic vehicles which you could unlock and reflash through the OBD II port. Well, all that changed recently with the hard work of Pro Tuning Freaks and their BootMod3 tuning platform.  They were able to successfully develop their software to allow for the ECU to be unlocked through the OBD II port and also be relocked in the same manner. This means less risk and a much quicker turn around time for flashing your vehicle.  They also have developed the platform heavily to allow tuning of many ECU parameters that other past options did not offer. 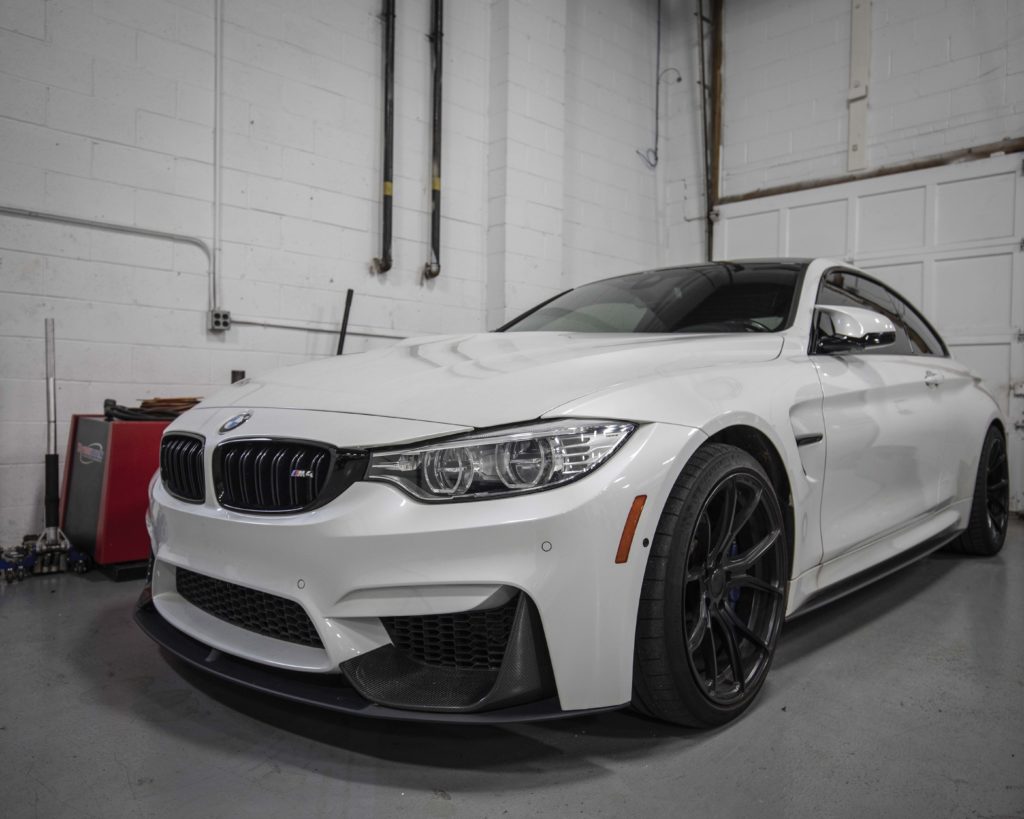 We became a BootMod3 dealer around a year ago and wanted to thoroughly test the platform and do our own independent testing before offering it as an option to our clients.  Over the past year, I have driven my 2015 BMW M4 with the BM3 Stage 1 93 map in many different environments and have really put it to the test. What I found is that the platform is very simple to use and absolutely performs even better then I expected.  To start with, getting set-up is extremely easy and only requires a laptop and an OBD E-Net cable. If you do not want to purchase the cable, we are able to do the flashing at our facility in Mississauga, Ontario and we can set up the features to your liking.   With this in hand, I proceeded to get the license set-up for my M4 which just requires the VIN number for the vehicle. I downloaded the OBD Agent software and installed it to my laptop and then proceeded to connect the cable to my car and laptop and ran the software.  It is highly recommended to hook up a battery charger while performing the unlock and flash as if the battery voltage drops it can cause the flash to fail. I then logged into the bootmod3 website and I selected the Stage 1 93 octane OTS map as my car has no modifications and I run 94 octane fuel.  You select the unlock DME and flash option and proceed to let the software do its thing. Around 10 minutes later the DME was unlocked, flashed and ready to go. 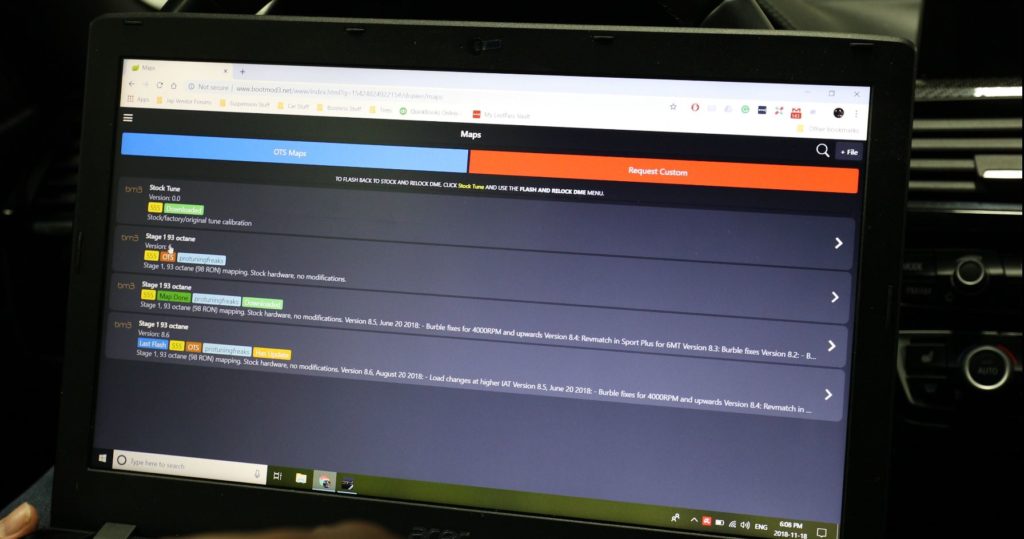 Another neat feature of the BM3 platform is that you are able to datalog a huge array of parameters, you can play with a few features on the OTS maps and you can even tweak your own map if you know what you’re doing.  Some of the features include the ability to adjust the aggressiveness and duration of the now infamous exhaust burble that has become a trend. You can see in the video below an example of the different settings and this can be adjusted at any time by accessing the map in the software and flashing the update.  You can also turn on/off the cold start, set the exhaust flap to open all the time and much more. While some of these can seem a bit gimmicky, it is just a small portion of what you really get with the BM3 platform. I also took advantage of the DCT reflash that BM3 includes for free which allows you to put the M3/M4 GTS transmission flash onto your non-GTS vehicle.  This increases the clamping of the clutch packs and overall improved the drivability of the car. The biggest change and the main reason you would want to flash your BMW is for more POWER! 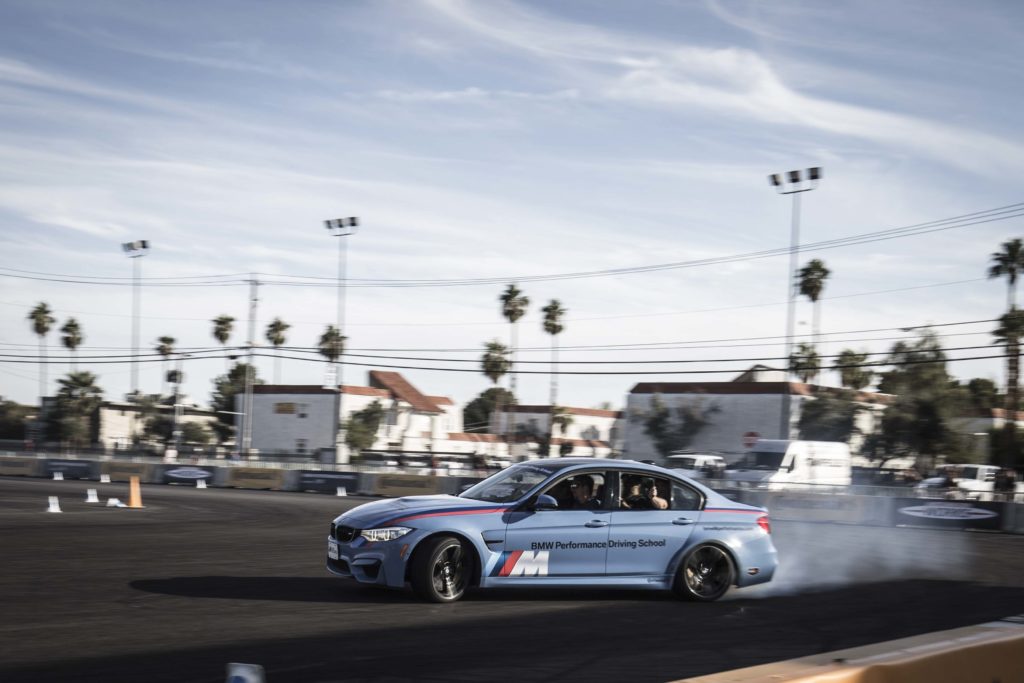 After flashing the M4 it was immediately obvious the power had increased quite substantially, to the point of making the factory mapping feel slow.  Over the year I flashed back and forth between the factory map and the Stage 1 map to check for drivability changes, confirm performance increases as well as things like fuel economy changes etc.  I took the car to a local race track to test the performance and reliability during hard lapping. The car performed flawlessly on the stock mapping and on the BM3 map. With my AIM solo lap timer in the car, the lap times between the factory mapping and the BM3 stage 1 OTS map was around 2 seconds a lap which is pretty insane considering the car had no other modifications!  In a back to back test I was able to achieve a 1:19s lap time on the factory map and after flashing to the BM3 map I did a 1:17s lap. The top speed down the main straight also increased significantly by over 10KM/h which is massive! Before the heavy braking zone, the car was hitting 210KM/h. For reference my street class Subaru WRX Time attack car only hits 175-178KM/h on the same straight and I brake much later in the Subaru. 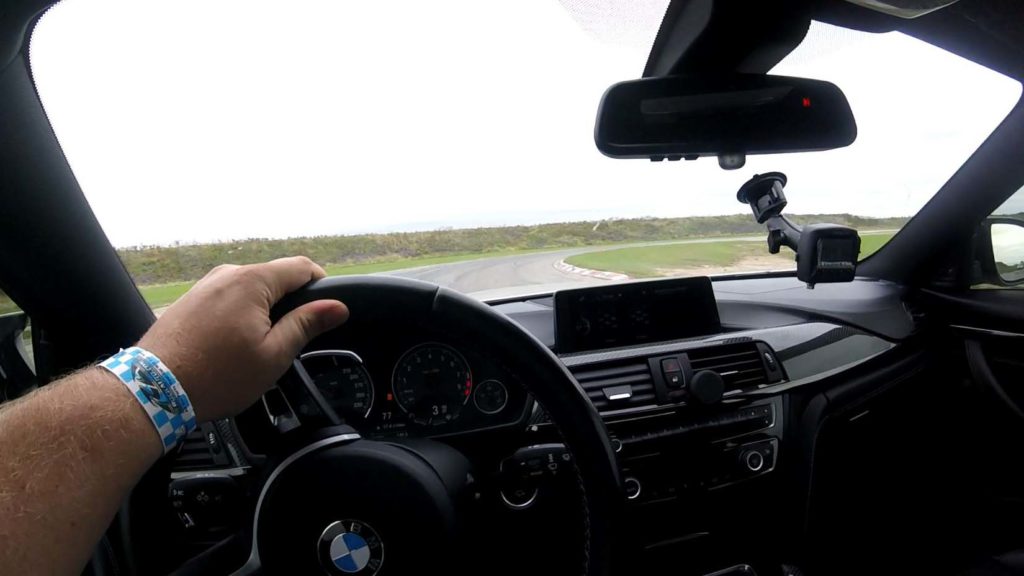 With the performance proved on the track, it was important to validate this with a dyno test.  So I enlisted the help of Sasha from OnPointDyno.com to do some baseline testing of the car. I flashed the vehicle back to stock and drove for a few days to make sure all the learned parameters were good.  With the car loaded on the dyno, Sasha performed 3 runs to get a good sample of the performance. The car made 398 wheel horsepower and 415 lb/ft of torque on the original factory map. This is pretty impressive in its own right considering the vehicle is rated at 425HP at the engine…..yes it’s severely underrated from the factory!  Satisfied with the data, I proceeded to flash the vehicle with the same BM3 Stage 1 93 OTS map that I had run consistently for a year. Right away, without looking at the numbers, you could just hear and see that the vehicle was making more power. And the numbers were pretty astonishing! I had predicted the vehicle was making around 480WHP and 500WTQ and it turned out I was a bit conservative.  The car produced a whopping 505 horsepower at the rear wheels and 530 lb/ft of torque! That’s a gain of 107 horsepower and 115 lb/ft of torque with just a simple reflash that takes around 10 minutes to complete. 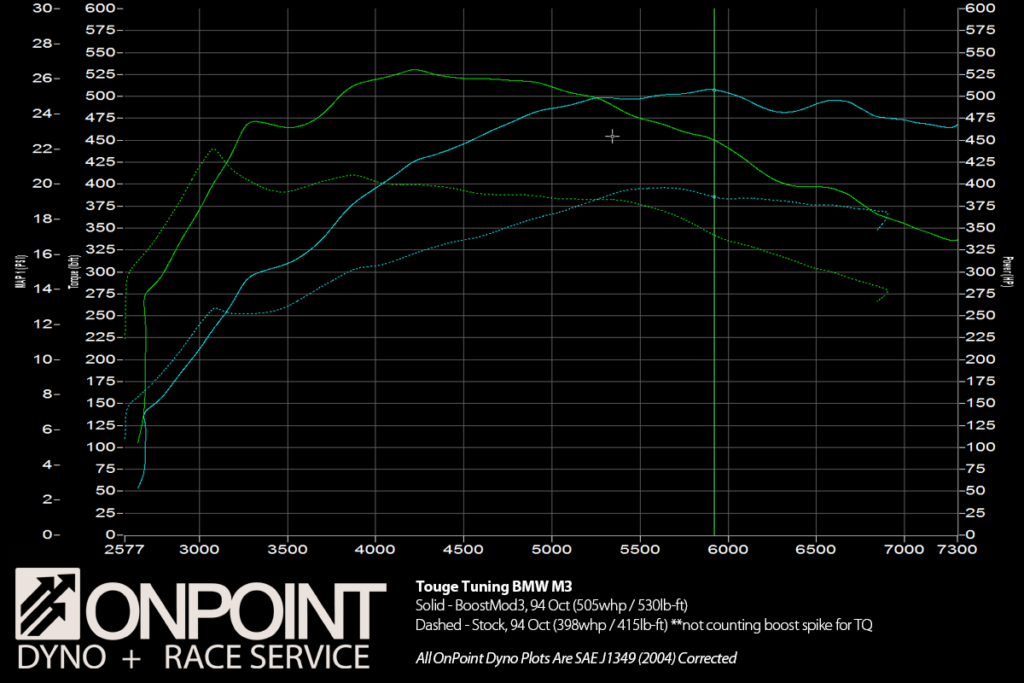