“The Worlds Scariest S2000” – Appearances can be deceiving 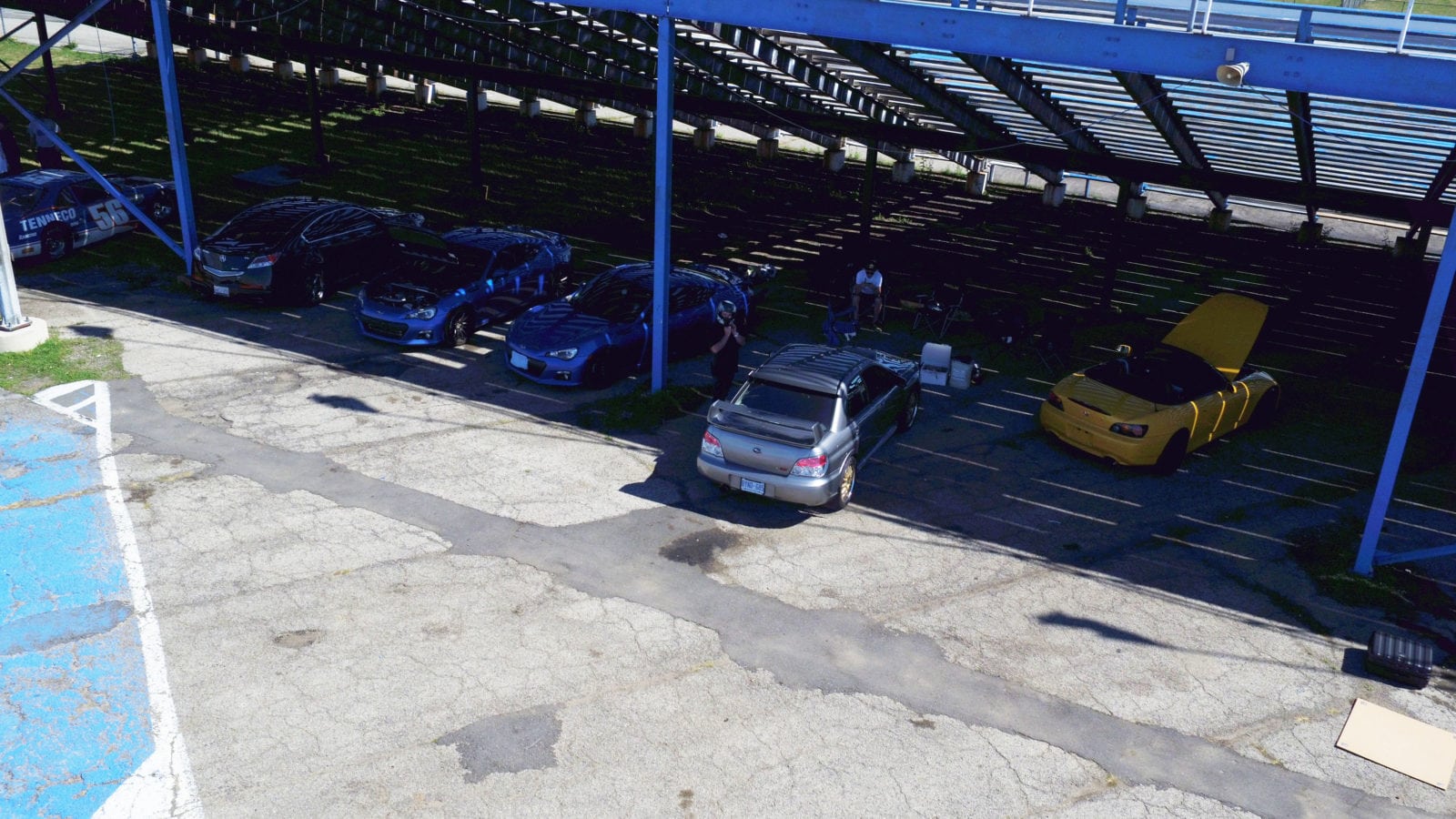 This is less of a journal entry and more of a cautionary tale for anybody looking to push the limits of their car or driving capabilities. What was supposed to be an exciting first time track experience quickly escalated into a spin fest in what David Pratte from Speed Academy called “The Worlds Scariest S2000”. 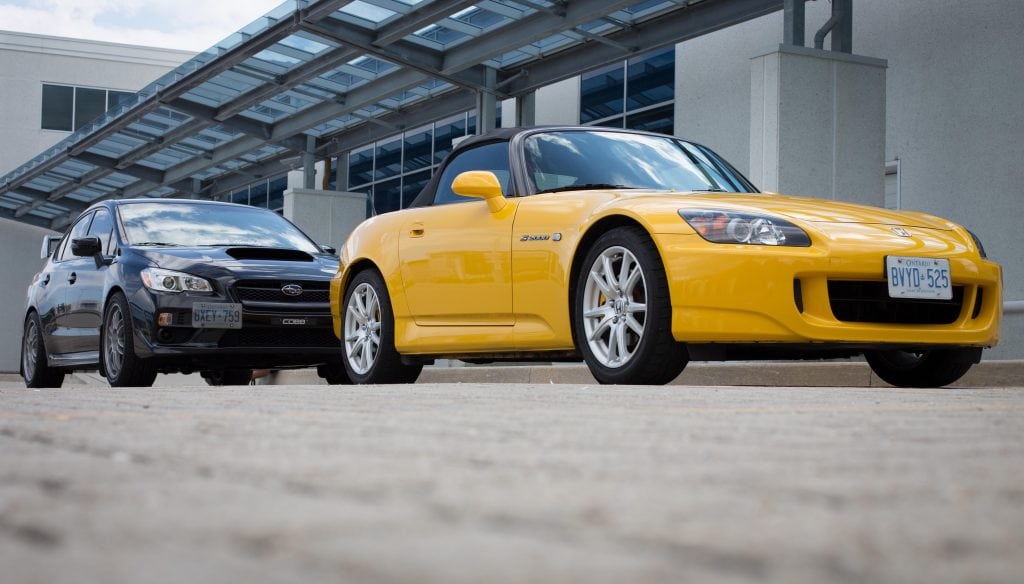 When I was purchasing my S2000 one of the things I noticed the set of Falken Azenus RT615K tires it was equipped with. The tires had good tread depth, no signs of uneven wear, and were 10mm wider than the stock tire width front and back. This was great news for me, as I knew I wanted to get this car on the track for some fun right away. As I began to daydream about the various parts I could get for my car now that I didn’t need tires, the cold hard hand of reality slapped me in the face at turn 1 of Toronto Motorsports Park as my car understeered into the corner and snapped to oversteer and spun me off the track at 80 km/h. 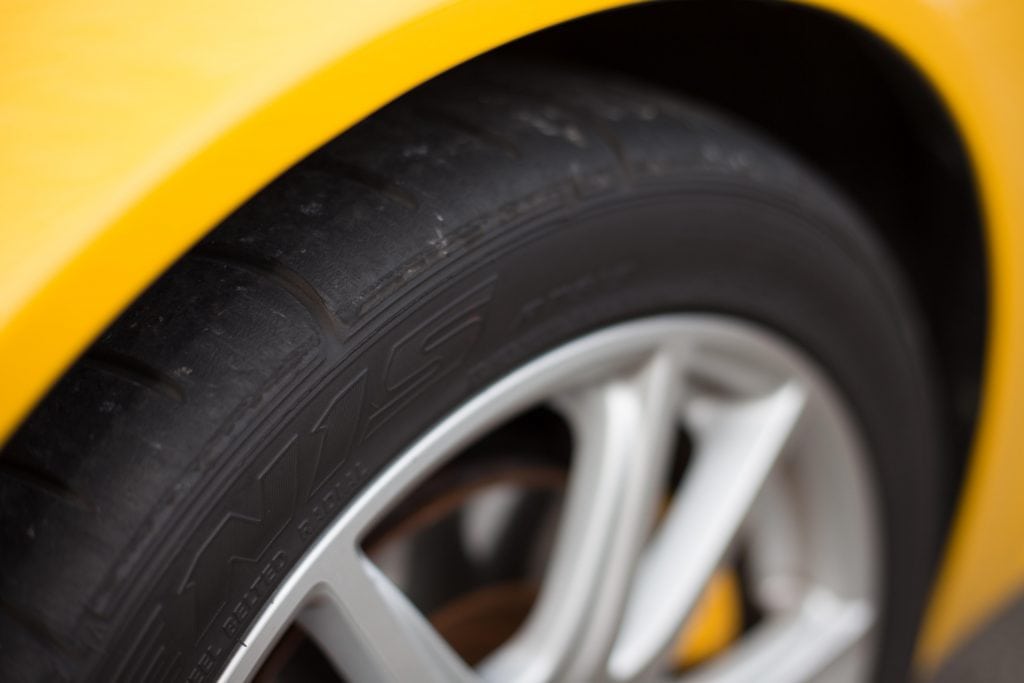 As I sat in disbelief on the side of the track facing the wrong direction I began to question my driving abilities, and also the legendary performance this car was supposedly capable of. I decided that I would head out again and try my luck at a couple more laps with no better result.  After seeing me spin off for the 3rd time in 4 lapping sessions Chris Richardson (Owner of Touge Tuning) decided that I needed some help and suggested that David Pratte from Speed Academy show me how its done. After all, he is a talented driver and one of the guys behind the coveted BADASS2000. If you have not checked our their YouTube Channel yet definitely do so right after reading this journal. 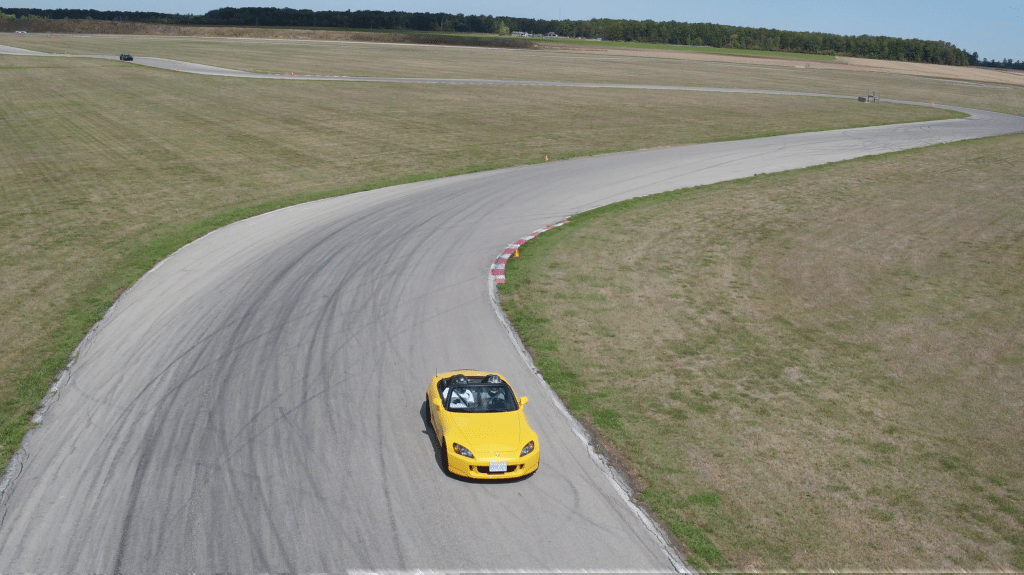 After gunning it down the straight and hitting turn 1 his immediate reaction was a big WTF look on his face. He was in disbelief at how horribly the car handled, and how little grip the thing had. He mentioned that that his project ASS2000 had more grip then my car even on skinnier winter tires that came on it.   Thoughts of disaster ran through my head, was my car an accident repair gone horribly wrong?  Even so, Dave still tried to push hard and appeared to be a lot braver than me heading into corners.  Relying on his extensive experience at the track to he was able to maintain a reasonable line despite having to input constant corrections to both the throttle and steering. Chris in “Project Northstar” tailgated us for a bit he said he the predictive time on the lap was around a high 1:31. 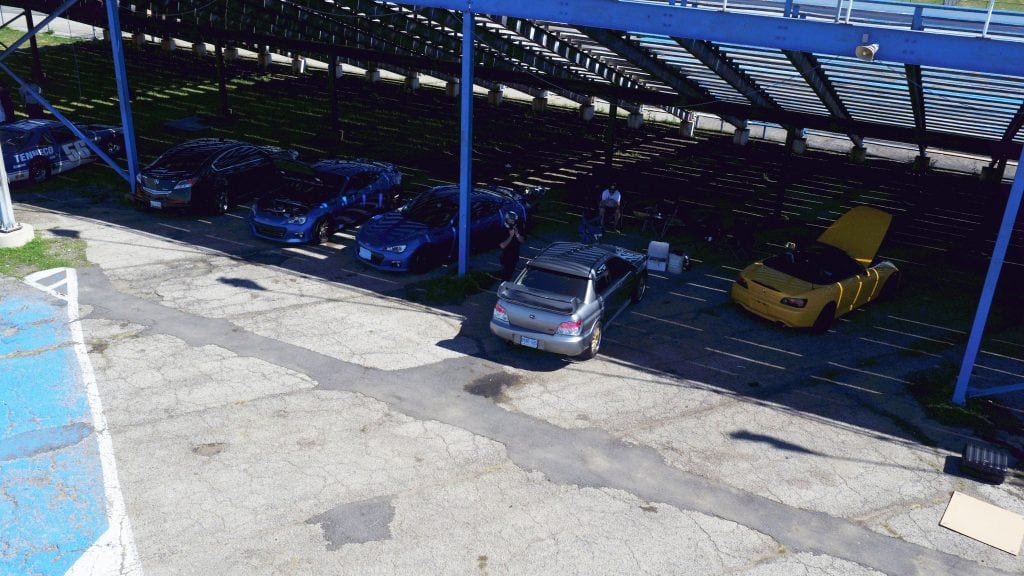 After pitting David examined the car and immediately found that what I had thought were decent tires were actually 8 year old hockey pucks! Tires over time lose their performance from exposure to the environment resulting in the tire losing its compliance and drying out. In other words they get hard, too hard to the generate the grip needed to keep a Rio Yellow Honda S2000 from killing it’s occupants. After coming to this stunning realization about the tires, I decided to bravely head out once more onto the track. I had still learned a great deal from David and was able to muster a lap time of 1:34, just under 3 seconds slower than David’s predictive lap time. Although I was hoping for more, one can only ask for so much from a first time track driver and some 8 year old tires. Moral of the story folks, is to check your tires before you head out on the track!